People often watch various videos on social media platforms and complain about those who can be seen in it but not helping the victim.

Generally the comment is in one of the forms of

"Instead of recording, the person could have helped"

"Why is nobody helping the guy"

"All are just spectators. They should be put into jail"

Same is true for other kind of videos where people are attacked by someone and nobody is helping in the situation.

In this article I would like to stress a very important point about such videos. I don't know whether there is already a name for this but I call it the contextual bias.

We have to understand that watching a video in hindsight is totally different than being there in the situation.

Even before starting the video you already have read the title and possibly a detailed description which sets a context for you. This is mostly true for all videos which are shown on news channels. You are already aware of the end result of the incident while watching the video which makes it a totally different kind of experience.

A good example of this can be seen in this video Driver run over by own truck after trying to stop it using his body. Lot of people commenting saying that instead of jumping in front, he could have easily climbed up in the truck and used the brakes. 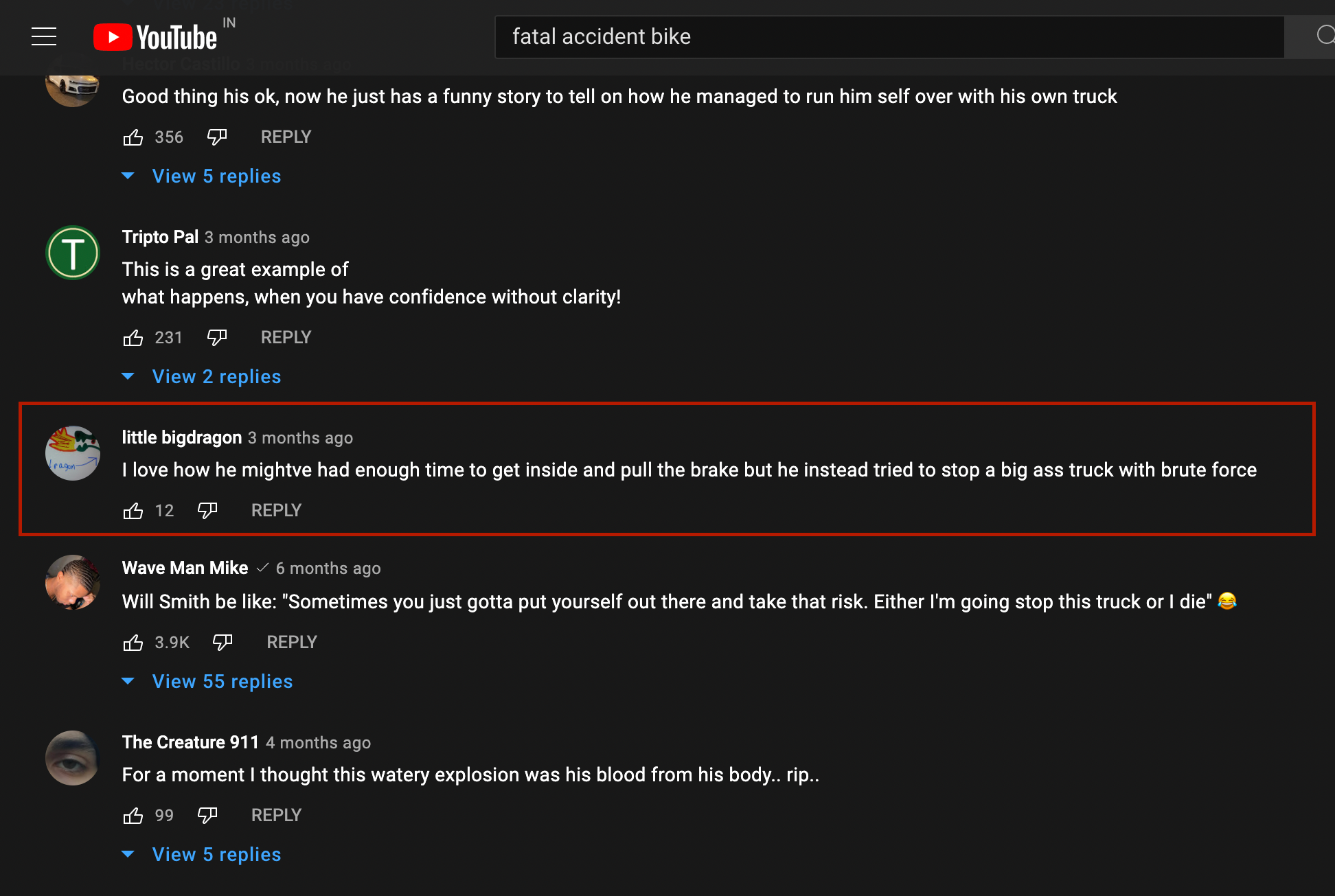 When you are done watching the video, adding a comment like this is way easier said than done. When it is happening in real life, you get into a panic situation and might not be able to react efficiently. People are not trained to handle extreme situations such as panic braking, brake fail, steering malfunction, vehicle rolling back on hill etc. When this happens, your instinct comes into picture. If you have not practiced it enough, you will not be able to act(or react if you prefer) properly.

Courage at its peak

Another great example is this video https://www.youtube.com/watch?v=ytIg0bYnBDc. Try watching it without reading the title first. Things happen so fast that you do not get time to think.

Though the video is 3 minutes long but everything happened in just 10 seconds from 1:00 to 1:10. Here is the list of my detailed observations for that time period.

Now coming back to the topic, we have to realize that this context and details were not available when the incident was occuring in real life. It takes time to understand whats going on and realize whether you could be of any help.

Yes watching with context makes it easy to understand the situation but prevents us to analyze it from a neutral perspective.

A good example of context-less video is https://www.youtube.com/watch?v=1HuzjOeSteE. The title does not give any info as what happened and what was the result. Though knowing the channel makes it slightly easier to guess what would happen in the video.

What should we do

There is not much that we can do. We just need to understand and stop blaming others.